From left to right: Kimberly, Billy, Trini, Jason, and Zack

When the first Pikmin game was released in 2001, it was something of an oddity. Nintendo, well-known even back then for sticking to their guns and mainly developing games within their core franchises, took a chance launching this weird adventure/platforming/real-time strategy hybrid. And it worked! The original game, reportedly dreamed up by Nintendo’s resident virtuoso Shigeru Miyamoto while puttering around in his garden, was met with critical acclaim and a sequel in 2004. Twelve years later, the formula remains the same, but the experience feels fresh, invigorated by technical improvements. With no groundbreaking new gameplay elements or innovations, Pikmin 3 is less an evolution of the franchise than a perfection of it.

Pikmin 3, like previous iterations, puts the player in the shoes of intergalactic explorers tasked with leaving their dying homeworld to gather resources. The heroes crash-land on a distant planet (ostensibly Earth) where they are miniscule in scale; what would be a modest garden to a human is a vast jungle teeming with alien flora and fauna. Because everything is so huge compared to them, the explorers seem doomed – that is, until they discover the Pikmin, friendly plant-things that come in a variety of colors, each with their own unique strengths. Red Pikmin are immune to fire and fight the best; yellows can conduct electricity and be thrown the highest; blues can breathe underwater. The game does away with Pikmin 2’s purple (my personal favorite) and white Pikmin, and introduces two new types: the heavy-duty rock Pikmin, and lightweight winged Pikmin. Up to 100 of the critters can be under the player’s control at any given time, and they can be split up among the three characters to accomplish multiple tasks at once. 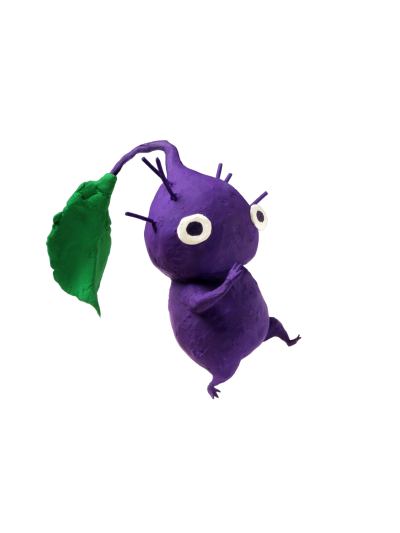 This little chub is nowhere to be found *sob*

The gameplay is divided into days, with each day lasting about 10 minutes. In that time, the player must take their team of Pikmin into the wild and forage. Any fruit or defeated enemies are hauled back to the spaceship; enemies and tokens are converted into more Pikmin, while fruit is juiced as food supply for the pilots. Each day, the explorers must consume one jar of juice to stay alive, so if you go too long without collecting fruit, it’s game over. At the end of the day, any Pikmin not under player control are eaten by the wild creatures that come out at night. Players can use a variety of control schemes, but the best one involves using the Wii remote to point at the screen and direct your Pikmin, while using the tablet to manage multiple parties and switch between explorers spread out on the map. Learning how to effectively multitask is the key to success in Pikmin 3, and the Wii U’s unique hardware makes the challenge fun.

The other benefit to the game being on the Wii U is the system’s increased processing power – Pikmin was born to be in HD. The environments are stunning, and often photorealistic in their intricacies. The maps are labyrinthine and devilishly challenging; it requires a lot of lateral thinking and economical use of all three crew members to best them. The creatures you face are varied and imbued with distinct personality, and fighting each one provides a fun and unique challenge, from blowing your army away with strong gusts of air to having thick armor that rock Pikmin must smash through to expose weak points. Every facet of the game is meticulously detailed, from the adorable Pikmin animations to the hilarious log entries. Rarely do I find myself so enamored with a game. Say what you will about Nintendo’s lack of innovation when it comes to new IP’s, but it’s hard to deny that their games are more polished and bursting with charm than any other AAA developer out there. 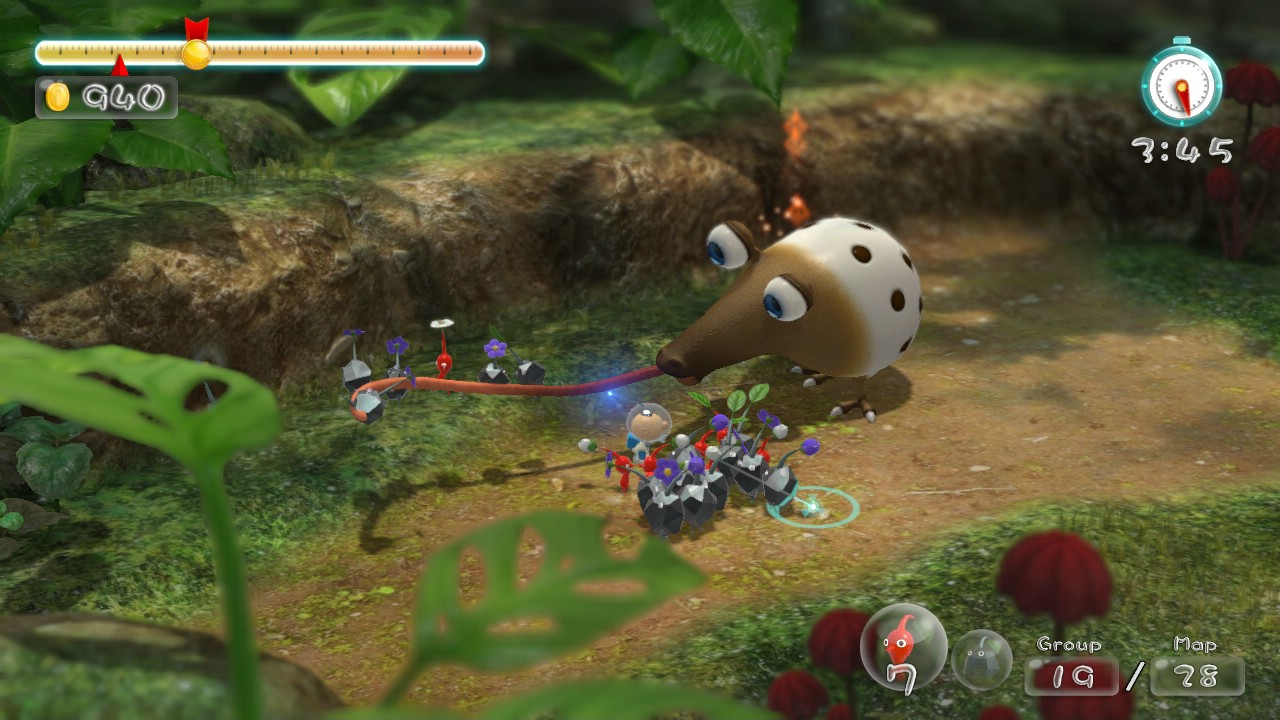 The Wii U has had a rough start, and the chief reason for that is a lack of a solid library of games. Pikmin 3 marks the first truly great exclusive for Nintendo’s little underdog console – and with a solid few months’ worth of releases coming up, it looks like the winter of my discontent as an early Wii U adopter is coming to an end. In a market inundated with gritty, brown shoot-em-ups and gravelly anti-heroes, Pikmin 3’s cheery palette and light-hearted tone make a solid argument for why Nintendo is still relevant in modern gaming. Sometimes, artistry isn’t advancing the narrative form. Sometimes, it’s creating a beautiful, lovingly-crafted game that is a joy to play.  That’s why we became gamers in the first place: to have fun.

One thought on “Pikmin 3 – The Deadshirt Review”