SyFy’s latest hard-sell effort, The Magicians, broaches concepts I’ve never seen from fantasy stories before, many of which are the kinds of things, as a longtime fantasy fan, I’ve been quietly hoping for. However, the show is hampered in many ways by its occasionally clunky way of executing those ideas.

Its conceptual successes, including the way the protagonist enters the story, are deeply interesting. The Magicians takes the relatively common urban fantasy trope of informing a mentally ill character that they are not, in fact, ill, but rather they are attuned to the magical world and subverts it wonderfully. Instead, Quentin Coldwater (Jason Ralph, Peter and the Starcatcher) is decidedly unbalanced, but at least some of his delusions are actually real.

Quentin is introduced while trying to convince his doctor that he’s fit to leave after voluntarily checking himself into a mental hospital for the weekend. When he first finds Brakebills University, the idyllic upstate magic college at which much of the show’s action takes place, he asks the first person he meets if he’s hallucinating—a common question for urban fantasy protagonists, but asked with more fear than wonder here—and dry-witted soon-to-be-introduced Eliot (Hale Appleman, Teeth) responds, “If you were, how would asking me help?” That moment serves as a microcosm for much of what is good about The Magicians: an interesting spin on an old trope wrapped around a quick, fun exchange in dialog.

However, while these interesting angles underpin the show’s main action, and these pithy exchanges (which are unfortunately rare) help keep viewers engaged, they are in large part overwhelmed by uninspired dialog and choices that come so close to fulfilling The Magicians’ potential but ultimately fall short.

For example, without giving too much away, the fourth episode opens with Quentin again in a mental hospital, though apparently as a compulsory in-patient. He sees many of the friends and acquaintances he’s made at Brakebills in the hospital, though they are nonmagical versions of themselves, potential bases for the (the episode’s plot alleges) magical fantasy versions of them Quentin has created. This “the adventure was all a dream/hallucination” approach is, again, a common trope, but its impact is significantly bolstered by Quentin’s lack of confidence both in himself and in his sanity. So much of the dread is swiftly dissipated when, in the first five minutes, Quentin proclaims that this isn’t real. Granted, he has his doubts from that point forward, but the idea that this character would be so sure of his mental state as to immediately make that assessment feels both out of character and a tension-robbing plot decision. Perhaps Ralph (who has largely done an excellent job portraying the deeply nervous Quentin) misread the line, failing to infuse it with the desperate lying-to-oneself the moment called for, but from what I can tell, his read was in line with the episode’s vision. 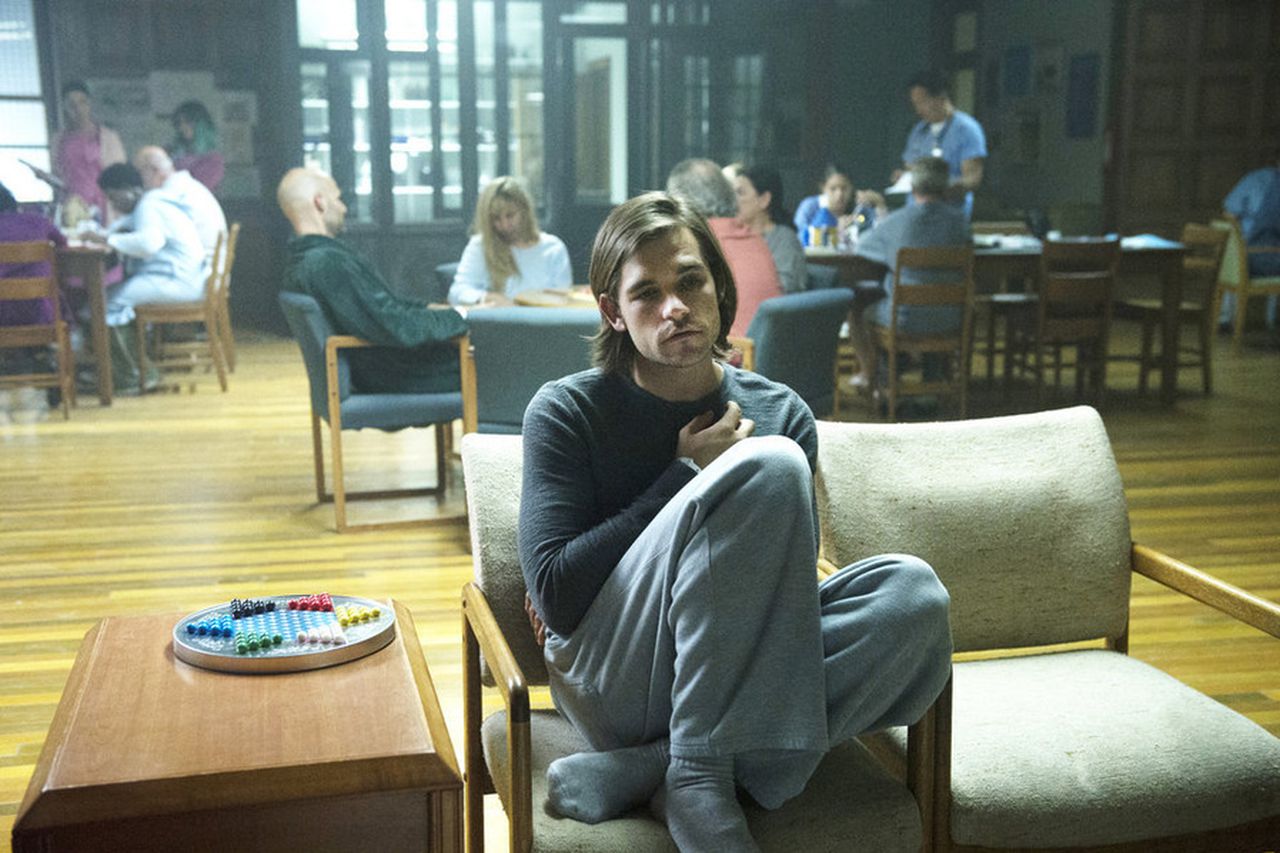 Which brings up another concern with the how of The Magicians’ quest for genre-transcending stories and characters. Characters, as a rule, say exactly what they are thinking, at virtually all times. At first, this seemed like it may be a trait unique to Quentin, which could add layers to an already interesting character, but it soon became apparent that almost all characters are strangely honest, which, again, undercuts opportunities for tension and dramatic irony.

Despite these problems, though, there are elements interesting enough to keep viewers coming back.

For example, Penny (Arjun Gupta, Bridge and Tunnel) is a bit of, well, a douchebag. But he has been blessed/cursed with a very powerful and extremely dangerous kind of magic, so we get to see his vulnerable side without his character needing to actually change—while exploring an extremely interesting take on another commonly discussed supernatural ability.

Also, the main antagonist is a dimension-hopping man who seems to have a swarm of moths for a head, which is precisely in my what-the-fuck wheelhouse.

But the plot thread I’m most interested in is that of Julia (Stella Maeve, The Runaways), Quentin’s childhood friend who takes the Brakebills entrance exam alongside him and fails. She outsmarts the magical memory wipe they perform before sending her back to the real world, with her studies at Yale and her loving boyfriend. Consumed by desire for exploring her nascent magical talents, Julia catches on with a group of dangerous outcast “hedge witches.” Her new life has her so out of sorts that her boyfriend fears she’s cheating on him or is addicted to something, and his fears are only assuaged (which is a little weird) when she says she’s been doing Adderall and has only recently joined a program to quit.

It’s nice to see a potential Start of Darkness female character get her impetus from being scorned by society, as opposed to a specific lover upon whom she wants revenge. In fact, she still considers Quentin, with whom she’s never had a romance, a friend, even if she thinks he’s been a crappy one lately. Julia has had to put up with a lot of shit, and I’m not yet clear on whether the narrative is treating this as the beginning of her rise to power as a force outside the hedge witches and Brakebills, or this is her punishment for being a woman who wanted to make her own way, so I’m hoping the next few episodes will a) make that clear and b) give us the rise of a badass anti-heroine/villainess.

As you may have guessed, I intend to stick with this show, for at least a bit longer, despite its flaws. If you’re like me and love to see the way different creators put their own spin on genre tropes, then you may want to join me. Even if I don’t end up finishing the season, with all of these strong concepts being proposed, I definitely intend to pick up the novel on which it’s based.

The Magicians airs on SyFy, Monday nights at 9/8c.