“The book was better.”

-Everyone. At one point or another.

It’s been 4 months since I last complained about The Walking Dead TV show.[1] Even last season, as the show finally came into its own, I was unable to get over the first few overt deviations from the source material done in the first season. I felt betrayed. I felt ownership over something that I had no real claim on. It came to a point that I couldn’t resist hijacking conversation about the TV show and steering it into the smug pongee pit that is “the books are better”. If the word meh is “..part of the toxic Internet art of constant callous one upsmanship” (Hodgman, 2009) then surely “the book was better” falls under that same purview. Any time “the book was better” is injected into conversation; it shows a lack of respect and interest in the people around you. It is an opportunistic attempt to simultaneously take control of a conversation while espousing how well-read you are. While adaptation works will forever live in the shadow of their source material, they are an integral part of the human experience. When looked at in the right way, even the worst adaptations make a meaningful contribution to culture. By learning to appreciate them, we can learn to be better people.

The adaptation, reimagining and rebooting of franchises is a source of frustration and even rage for many people. However, the fact that they continue to profit, would seem to suggest that there is something more to adaptation aside from the heartless machinations of corporate America.[2] While many Millennials grew up during the comic book movie craze[3], the fact is that adaptation is not new. At all. Oral tradition—that thing that separates us from the ape—is based on conveying and re-conveying the same ideas over and over. For goodness sake, look at western civilization’s 125 year old love affair with Sherlock Holmes. Story adaptation is a part of our DNA along with fearing the unknown and being distrustful of clever serpents. To that end, if humans fear the unknown, then we are arguably attracted to the familiar. Birthdays, Christmas morning[4], peanut butter and jelly—All these things are good because they are familiar. There is no risk involved, they’ve been good in the past and inductive reasoning dictates that they’ll be good again. We’re all scared cavemen—we’re all scared cavemen and knowing how a story ends gives as the illusion of control in a world full of clever serpents and an unpredictable number of Christmas mornings.

A very smart friend of mine argued that we should not be so quick to compare The Walking Dead TV show to its graphic novel progenitor. The media are different. By this point alone we have take the constraints of each medium into careful consideration and appreciate the works separately. For example, TV has depth, color and movement while comics use page-turning to pace action and drama. When looking at it this way, it is like comparing undead apples to undead oranges. They share a common genre and some characters but it’s important to appreciate the differences more than the similarities.[5]

By the same token, we can look at even the most objectively bad adaptation works and come away appreciating something. The example I like to use is Michael Bay’s Transformers franchise. It makes money but lacks substance. People feel strongly about the director the actors. However, the amount of creativity and ingenuity it took to turn 1980s concept art into hyper realistic CGI is astonishing. It took cooperation and hours of hard work. The Last Airbender (2010) wasn’t so great, but isn’t it enough to sit back and appreciate ANY attempt of creating a live-action depiction of the Northern Water Tribe? If you have ever argued that video games or comics or movies are art than you find yourself in a serious existential pickle if you think you suddenly think you get to decide what isn’t. If nothing else, respect the craftsmanship. 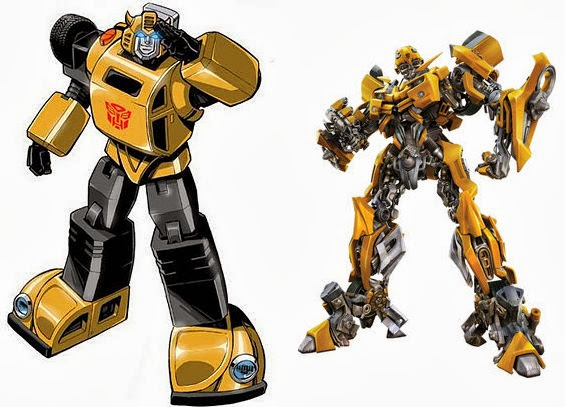 These are the same guy. That is pretty cool.

I leave you with this: Not only should we try to appreciate adaptation work at face value for the sake of art, we should do it because it expands our understanding of the world and the people we share it with. If you can learn to see the good in another person’s interpretation of a shared interest, you are one step closer to being a real person. Adaptation itself is not unlike an opinion; it is a product of personal experience and perspective. It happens so often that we say that we “are open to new ideas” and “totally comfortable with all kinds of people” only to find that living up to these platitudes is far more difficult in reality. Appreciating others and their perspectives on your previously-held beliefs starts with being able to agree to disagree and seldom ends with “The book was better.”

[1] Had to quit cold turkey. Got the DT’s real bad. Been weaning myself off complaining by reading a few Yelp reviews each day. Now I just want springrolls all the time. Can’t win.

[2] I’m wary to talk about “the market” but surely if adaptation was so bad, people wouldn’t pay for it, right?

[4] Or “The Morning Of The Day We See A Movie And Eat Chinese Food.” Which is pretty rad, too.