Facebook Twitter
Home »Comics»I Want My Dadverine Back: An Open Letter to the Screenwriter of the Inevitable Next Wolverine Flick

He’s hairy, he’s mad, he’s got knives coming out of his hands, we know this guy. There’s a new Wolverine movie in theaters this summer (Hugh Jackman’s sixth time popping the claws, with a seventh currently in production) and if nothing else, it’s pretty damned entertaining. However, seeing the furball on the screen in so many iterations, we may be forgiven for thinking we know all there is to know about him. He’s angry, driven, uncompromising, a uncomplicated man with a wackadoo backstory that could give you continuity nosebleeds, and a lover of telekinetic redheads who’ve died and come back enough times to fill the front end of an Intro to World Religions textbook. That said, there is a facet of Wolverine’s personality that’s been woefully underutilized in the X-Men films as of late and I’d love to see it make a resurgence. Given the relatively straightforward spin on the character in The Wolverine it could be nice to make our favorite Canadian’s life a little more complicated (But not Origins or X3 complicated, gods forbid). 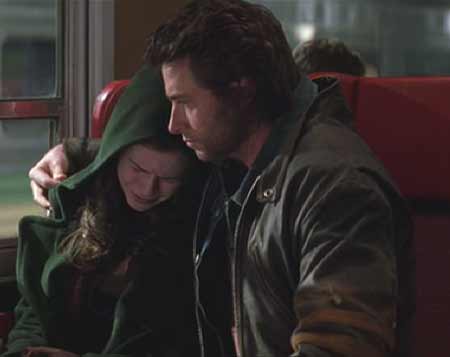 Wolverine is Your Dad but Better

If you don’t read comics, you might not know this, but Wolverine has a soft spot for playing mentor to young female mutants. Between Shadowcat, Jubilee, X-23 and Idie Okonkwo, tucking yourself under Logan’s wing is definitely the fast track to becoming a character of import in the X-Books. We haven’t seen all that much of this in the films thus far, though. Aside from a little bit of this type of interaction with Rogue in the halcyon days of X1 and a more general responsibility for the whole of the student body in X2, there’s been a total dearth of Poppa Logan. It’s a new path for them to walk with the character, and the end of The Wolverine seems as though it would be an excellent time for them to take him there. Now that he’s found a level of peace with himself and moved on from his past sins, he should be there to reach out and help others who need to do the same. This could manifest itself in a number of ways, and there are a few easy methods to build towards this kind of relationship in the films using even only what we know thus far.

Wolverine and X-23, claws extended, in their X-Force uniforms. Art by Simone Bianchi.

Retcons are Your Friend

The next X-film to hit the screen is Days of Future Past. This involves time travel, so pretty much anything you know can be safely tossed out the window. It’s all up for grabs. This means the backstories of characters born after the 70s can be radically altered by the events of the film, leaving them almost unrecognizable from their previous incarnations. This could be an excellent time to start building the Wolverine/Shadowcat mentor/mentee relationship from the comics. In all honesty, if you can say that you don’t want to see Hugh Jackman teaching Ellen Paige how to be a ninja, you’re straight up lying to yourself.

The Family that Slays Together

That’s not to say that a retcon is the only way they can establish this kind of relationship. Fox has recently confirmed that they’ve got an X-Force movie in the works. For those unfamiliar with the team, they’re basically the black ops, wet-works squad of the mutant nation. Naturally, Wolverine headed the team for a while. Despite that, conversations with the writer of the film seem to indicate that they’re trying to branch out to include lesser known mutants from the comics. If he were to bring X-23 (Wolverines half-cloned sort-of surrogate maybe-adopted-daughter – comics are complicated) room is open to bring in this type of relationship in the future.

I’ve made peace with the fact that I’ll probably never see my favorite fractured, dysfunctional comic family on the big screen (Dadverine, Big Brother Gambit, Big Sister Jubilee, Little Sister, X-23) but bringing in the fatherly angle to Wolverine depictions moving forward would be something of a balm to my wounded fantasies. It’s also something we really haven’t seen before, and in a film genre dangerously swimming towards sameness, that’s certainly a good thing.

One thought on “I Want My Dadverine Back: An Open Letter to the Screenwriter of the Inevitable Next Wolverine Flick”