Here at Deadshirt, we believe there is a good movie that lives in the heart of even a bad movie. In the interest of positivity, our trained (well, “trained”) writers take the basic skeleton of universally reviled trash and rebuild a new movie around it, based on Storytelling Guideline #20 from Pixar storyboardist Emma Coats. Each writer gets the same logline to work off of, and then we come back together and reveal our cinematic Frankenstein Monsters in this, our DEADSHIRT GARAGE. 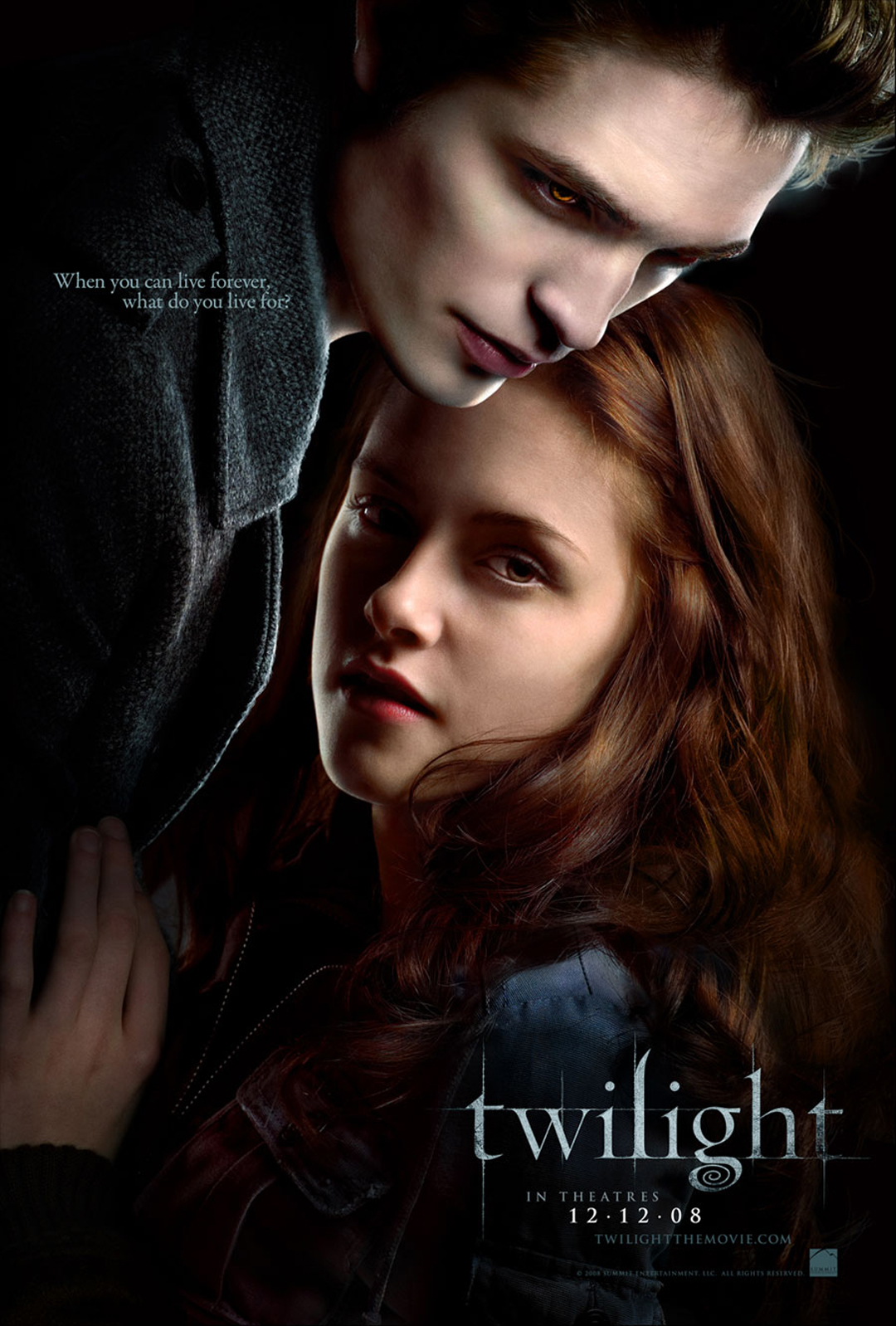 For the inaugural entry in this ongoing series, we’ve chosen to work over Twilight, the perpetual go-to item when one thinks of trash fiction. Here is the basic thrust of the first entry in the Epic (ugh) Twilight Saga that the team will work outward from:

Average teenager Bella Swan has a hard time adjusting to life with her father in the town of Forks, Washington until she meets beautiful, mysterious Edward Cullen. When her boyfriend turns out to be a vampire, Bella is tossed into a world of supernatural intrigue and dark hungers. (IMDB)

Each of our writers now has 100(ish) words to outline a new, hopefully better movie based on this same logline. They may pull other aspects and characters from the original movie if they choose, or they can go off in an entirely different direction, just as long as the final product still matches the brief summary above. Let’s see what they come up with: 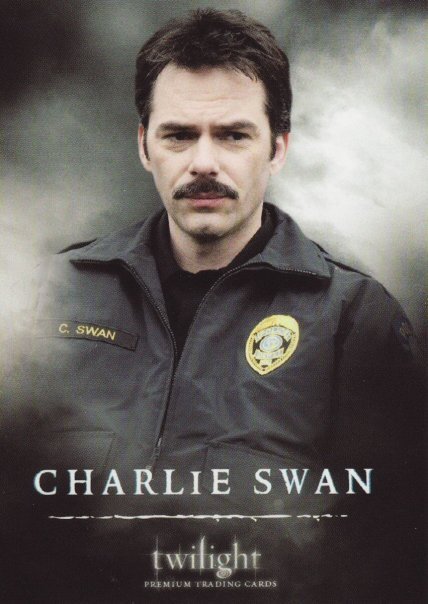 My version of Twilight is a tense psychological thriller focusing on Bella’s awesome mustache dad, Charlie Swan. Charlie has his hands full with a rash of animal attacks when he’s finally reunited with his estranged daughter Bella (recast as Anna Kendrick), but his distant workaholism drives her into the arms of local, possibly incestuous, creep Edward Cullen. When signs start to point to Edward as a murderer And Worse, Charlie must team up with Bella’s childhood friend and secret werewolf Jacob Black to root out the vampire infestation by its sparkly, perfect hair.

Insecure high school student Bella thinks she’s finally found the perfect boyfriend in the gorgeous, attentive and unusually pale Edward Cullen. The bliss soon turns to terror as Bella begins to question her own sanity – could her perfect beau actually be manipulating her thoughts? Soon her suspicions are proven frighteningly real, when she discovers that Edward and his family are vampires, and that she’s being groomed for an elaborate hunt in their labyrinthine mansion. To survive, Bella must regain her confidence and agency to defeat her captors and win her freedom.

Twilight already seems like an incomprehensible European film to me, so I’d really like to push this level as far as we can take it. Instead of Forks, Crépuscule takes place on the slopes of the French Alps. The premise is still the same, with Bella leaving to spend time with her estranged father, and falling in love with the enigmatic Edward. But instead of literal vampires and werewolves we get them in the metaphoric sense, and also three and a half hours of teenagers staring at one another. So basically the original movie, but in black and white and in a different language. Y’know, classy. 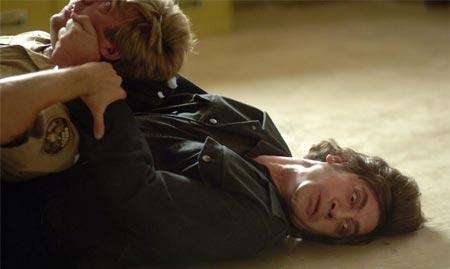 Black comedy. Coen Brothers. Bella and Edward are a Bonnie-and-Clyde-type couple. Bella helps Edward kill and dispose of bodies. She probably gets off on it but it’s unclear. The audience is mostly uncomfortable. However, there’s something about the absurdity of Edward’s milquetoastiness combined with Bella’s unrelated life goals that we just can’t help but laugh at. Edward is killed by a falling tree branch mid-dialogue. It comes out of nowhere. We talk about it for years to come. The soundtrack is excellent. At least one song has a harmonica. Oh, and Edward is played by Javier Bardem.

Sarcastic teen Bella Swan’s having a bad first week in Forks: the other girls make fun of her, the vice-principal isn’t happy about her scathing exposes of cafeteria conditions in the school paper, and her sheriff father has never been more distant. All that changes when she meets the only person in town worse off than she is: Edward, a geeky vampire in-exile who can’t bring himself to take a life. Together, it’s up to them to stop a shadowy conspiracy from monsters both human and inhuman from destroying their small town and worse, ruining prom.

Waylon Forge (recast as Kyle MacLachlan) sees his friend Charlie’s daughter for the first time in years. Soon after, he notices she’s spending less time with her father, and more time with the Cullens. Waylon had suspicions about the Cullens, and begins investigating after Edward stops a vehicle with his bare hands. He discovers idyllic Forks is a battleground between clans of vampires and werewolves – and Bella’s in the middle. Can he save her – and his town – before he becomes another victim? His investigation is assisted by dreams of an elderly Charlie (archival footage of Jack Nance).

Bella Swan (Emma Roberts) has a reputation for being caustic. After her mother gets engaged to a younger man, Bella is “encouraged” to make the trip north to live with her estranged father in Forks, Washington. For the first few weeks, Bella’s life is miserable. That changes when she finds friendship with twitchy outcast Edward (Kieran Culkin) and his world-weary older “sister” Alice (Rooney Mara). At first Bella is excited to find out that their entire unconventional family are vampires, however she learns that the vampire world is a carefully constructed web of manners and asinine bureaucracy. From there, the three sit around trading stories about how weird their families are until Bella and Charlie (Jim Beaver) bond at the end over fly fishing. Super dry, awkward dramedy and snark abounds throughout. Intelligent and enthusiastic high school student Eric Yorkie (Justin Chon) is enthralled by Bella Swan, a new student at Forks High School. Day in and out he spends all of his time rehearsing “charming” new jokes and pratfalling his way through the day trying desperately to gain her approval. However, everything changes one rainy day as he dangerously careens into the school parking lot, nearly crushing Bella with his new early graduation present, a Jeep Wrangler. Luckily for Bella, handsome vampire Edward Cullen manages to stop Eric’s runaway car. Unluckily for Eric, Bella seems to hate him now and his parents aren’t too pleased about their insurance going up. Now in a misunderstood half heard story about vision quests, Eric believes that local Native American Jacob Black’s family can help him travel back in time to stop this entire misunderstanding from ever occurring in the first place. Will Eric be able to right his wrongs before Prom Night and win Bella’s hand back from that pretty boy centenarian, or will he die from dehydration, naked, cold, and brimming with peyote in the dense woods of the Pacific Northwest?