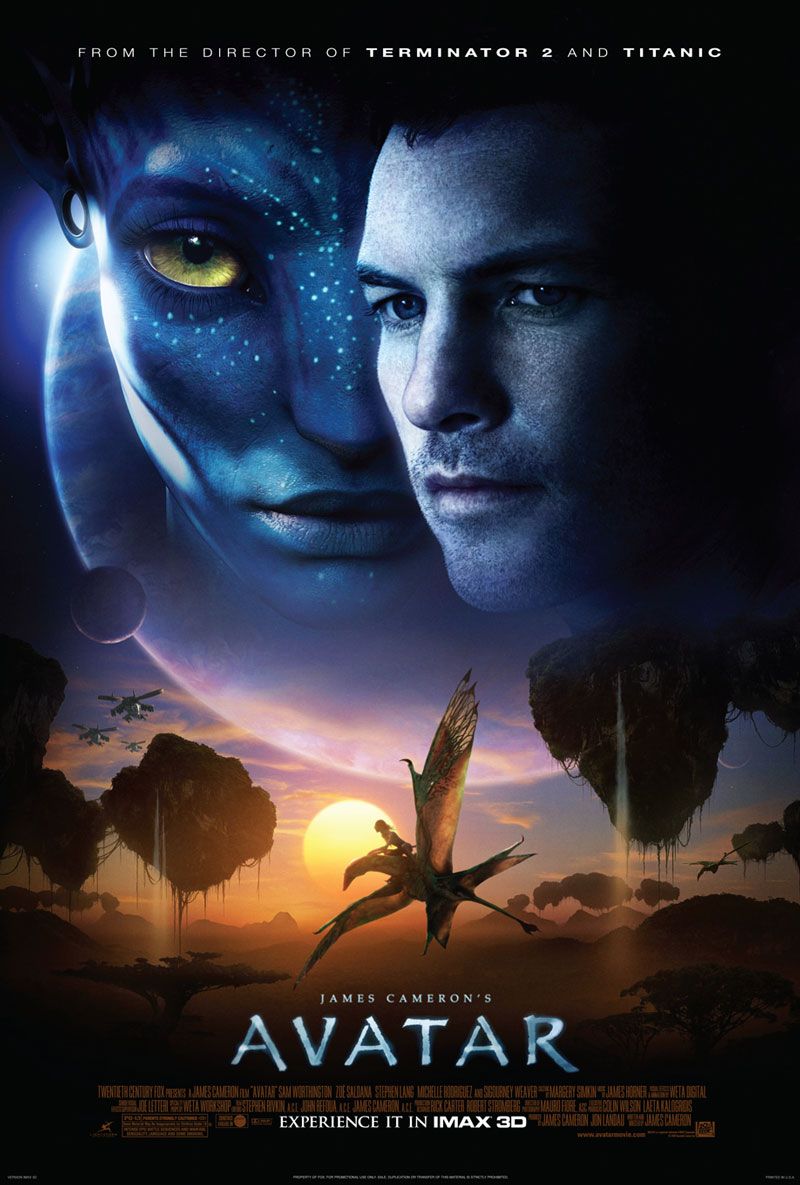 This week, the Deadshirt writing staff was charged with taking this simple description of the record-breaking blockbuster Avatar and use it to construct a new movie that’s more to his or her liking:

Paraplegic Marine Jake Sully is sent to the distant world of Pandora to make contact with the native humanoid Na’vi in order to mine for the precious material scattered throughout their rich woodland. But when he learns the information he’s gathering will be used to destroy the Na’vi’s homeland, Jake must decide where his loyalties lie. (Adapted from IMDB.)

Each of us has about 100 words to pitch our own movie based on this same logline. We can pull other elements from the movie and build an altered version of what exists, or we can throw away what we know and start fresh with only the logline above as our guide, creating something totally different.

We’re coming out of hypersleep now, let’s see what we’ve been dreaming up…

It’s hard to run from your past with legs that don’t work. Dishonorably discharged MP officer Jake Sully spends his days stuck in a chair, taking turns between guzzling cheap whiskey and staring down the long barrel of a gun, when Doc Augustine, a desperate scientist, approaches him with an interesting proposition: help kill his golden boy twin brother, take his place as part of an ongoing experiment on another planet, and help her bring down a power mad general. She says a lot is at stake, and he grumbles, so she tells him what the experiment entails. Jake’s never been much for chivalry or justice, but a chance to walk again, a chance to get away from this person he’s become? That just might be worth the blood that must be spilt.

No version of this movie would be complete without SigWeav.

Former Marine Jake Sully was honorably discharged after attempting a heroic rescue that cost him the use of his legs. Haunted by the comrades he couldn’t save, Sully’s alcoholism and biting sarcasm ensure he remains a burnout loner; that is, until he is tapped by a mysterious corporation to track down a legendary artifact, enticed by the promise of redemption. His new employers restore the use of his legs and drop him on the treacherous jungle planet of Pandora. Armed with his wits and accompanied by his beautiful and intelligent native guide, Neytiri, Jake embarks on a globe-trotting adventure filled with action and intrigue to find the lost treasure. But upon discovering the truth behind the artifact’s power and the motivations of his shadowy benefactors, Jake must make a choice that could decide the fate of the entire universe.

Planet-hopping mercenary and former marine Jake Sully (Adewale Akinnuoye-Agbaje) is enjoying his retirement on his own private island when a mystery client hires him for one final job, offering him a reward he can’t refuse – advanced prostheses to replace his damaged legs. Sully rounds up a crew, including his old mentor (Sigourney Weaver) and comes to the planet Pandora only to find that the mining station that made the call has been overrun by the Na’vi, Pandora’s humanoid indigenous peoples, who want to enlist Sully & co to sabotage the other Earthling mining stations. Their counter-offer – a brand new Na’vi body. On the distant jungle world of Pandora, mankind has recently established the first of many projected mining facilities to retrieve a rare element found only on certain classes of planets. However, the local populace, a humanoid species known as the Na’vi are not very fond of uninvited guests. In an effort to negotiate with the natives, a paralyzed marine named Jake Sully offers up his mind for a project that may be able to give him a new body at the price of his humanity. Now, caught between worlds and sharing the memories of a deceased Na’vi, Jake is slowly losing touch with his true identity as he struggles to fight back the hostile alien presence still clinging to its former form.

Retired Marine Colonel Jacob Sully (Clint Eastwood) is contracted by a private company to negotiate mining rights on the forest world of Pandora. Initially planning to aid the company in bleeding the planet dry for a pittance in compensation, Sully is intrigued to learn that Pandora has its own central nervous system, and that the native Na’vi can physically interface with it. Becoming one with the planet, and by extension, the Na’vi, Sully becomes determined to rescue the world from the mining company, joining the Na’vi to use the animals, trees, the very ground itself as a weapon against the invaders, before finally achieving immortality as part of Pandora’s everlasting neural network.

Paraplegic dropship pilot Jake Sully (Joseph Gordon Levitt) is heading up a routine excursion from the orbital mining vessel Pandora. They’re examining what the RDA has assured them is a dead rock, though the landing party discovers a wealth of bioluminescent life in the caverns beneath the harsh planet’s surface. They return to the Pandora, beginning preparations for a much more invested exploration when things begin to go wrong. The crew, infected by an alien parasite, begins dying off in droves and Jake is haunted by visions of a strange insectoid goddess calling itself “Neytiri.” Jake spends the movie attempting to discern where his own allegiances lie, with his fellow human beings, or with the goddess that might be a figment of his own altered perceptions. Michael Fiorilla’s version of Neytiri would not be so pretty.