Three episodes into the series, and I’m ready to bet my right arm on Forever running at least five seasons. No, it’s not the most original or funny or interesting new show on the block, but it has all the ingredients for a steadfast, fanatic following of soccer moms and empty-nesters. And also me, because guess what? I freaking love this show. If I had to break it down, I’d say it’s about 30% Law and Order, 20% Sherlock Holmes, 15% The Mentalist, House, and Lie to Me respectively, and 5% Dexter Season One. Not the worst pedigree of lifted ideas, if you ask me.

The premise is simple: Dr. Henry Morgan is an immortal medical examiner who works with the NYPD to solve crimes. Got it? Good.

Henry, a dashing, scarf-wearing Ioan Gruffudd, is over two hundred years old. Every time he “dies,” he awakens, naked, in the nearest body of water. He does not know how or why, but he has devoted his life (and a wonderful basement laboratory) to figuring out how to “cure” himself of his disease. He’s teamed up with the disarmingly attractive Detective Jo Martinez (Alana de la Garza), and together they’re here to solve mysteries and save the day. Oh, and Henry also has an adopted son, whom he rescued as a baby from a World War II internment camp. His name is Abe and he is motherf***ing Judd Hirsch.

In “Fountain of Youth,” the good Doctor and Detective investigate a shady corporation named Aterna, which promises eternal youth and vitality to its patients. Too bad Aterna turns out to be ACTUALLY MADE OF HUMAN BRAINS. Have I mentioned how much I love this show? I really love this show.

This is also the first episode in which Henry does not actually die, which, believe it or not, is quite a relief–I mean, honestly, even with eternal life, how many times in a day can you get impaled by a piece of subway? This week’s featured flashbacks (we have two hundred years of life to draw from) take place sometime round the turn of the century, as Henry deals with a friend’s worsening tuberculosis. And don’t forget Adam, the mysterious “friend” who also claims immortality and keeps harassing/trying to kill/sending fan mail to Henry (here’s the Dexter tie-in). I love the Adam storyline because I find it frankly a little lame that Henry’s only two hundred years old–I want to see what a full millennium does to a person. You better believe I’ll be tuning in for more.

Episode Highlight: You mean, aside from the POTION MADE OF HUMAN BRAINS? I’d have to say the scene where 79-year-old Judd Hirsch skateboards, as his 35-year-old father cheers from the stands. That was pretty sweet. The premiere of Gracepoint last Thursday heralded the most recent American adaptation of a British original, this time of the murder mystery Broadchurch. In Gracepoint, two mismatched detectives try to solve the murder of a young boy from a small town while dealing with the media circus that follows. If you’ve seen Broadchurch (or like me, saw just the first episode before your BBC America free trial ran out), the premiere of Gracepoint felt like a shot-by-shot retelling, employing the same long camera pans and quiet character introductions that made the original so affective. David Tennant even reprises the same role, though with a different name, of the mysterious Detective Emmett Carver, a new addition to the Gracepoint Police Department. Anna Gunn takes on the role of Detective Ellie Miller, a Gracepoint native and Carver’s reluctant partner.

The high point of this first episode was the scenery, especially the shots of the high cliffs where the boy’s body was found. Both the cliffs and the small town do a lot to make the community of the show feel isolated. It is both claustrophobic and idyllic, a seemingly safe environment that quickly builds tension as comfort is stripped from the characters and viewers. The breakout performance of the episode was Anna Gunn’s Ellie Miller, who comes across as both vulnerable and tough as nails.

For American audiences who have never seen the original Broadchurch, maybe this first episode felt believable, but for me, all I could see was the British original with a thin veneer of Americanisms layered over the top. Hopefully subsequent episodes will let Gracepoint find its own footing and develop into a show all its own.

Episode Highlight: The scene where Ellie’s promised promotion is taken from her and given to Carver is an excellent showcase of the characters beliefs and abilities. If the filmmaking instincts in that moment are any indication, Gracepoint has the potential to become great TV. 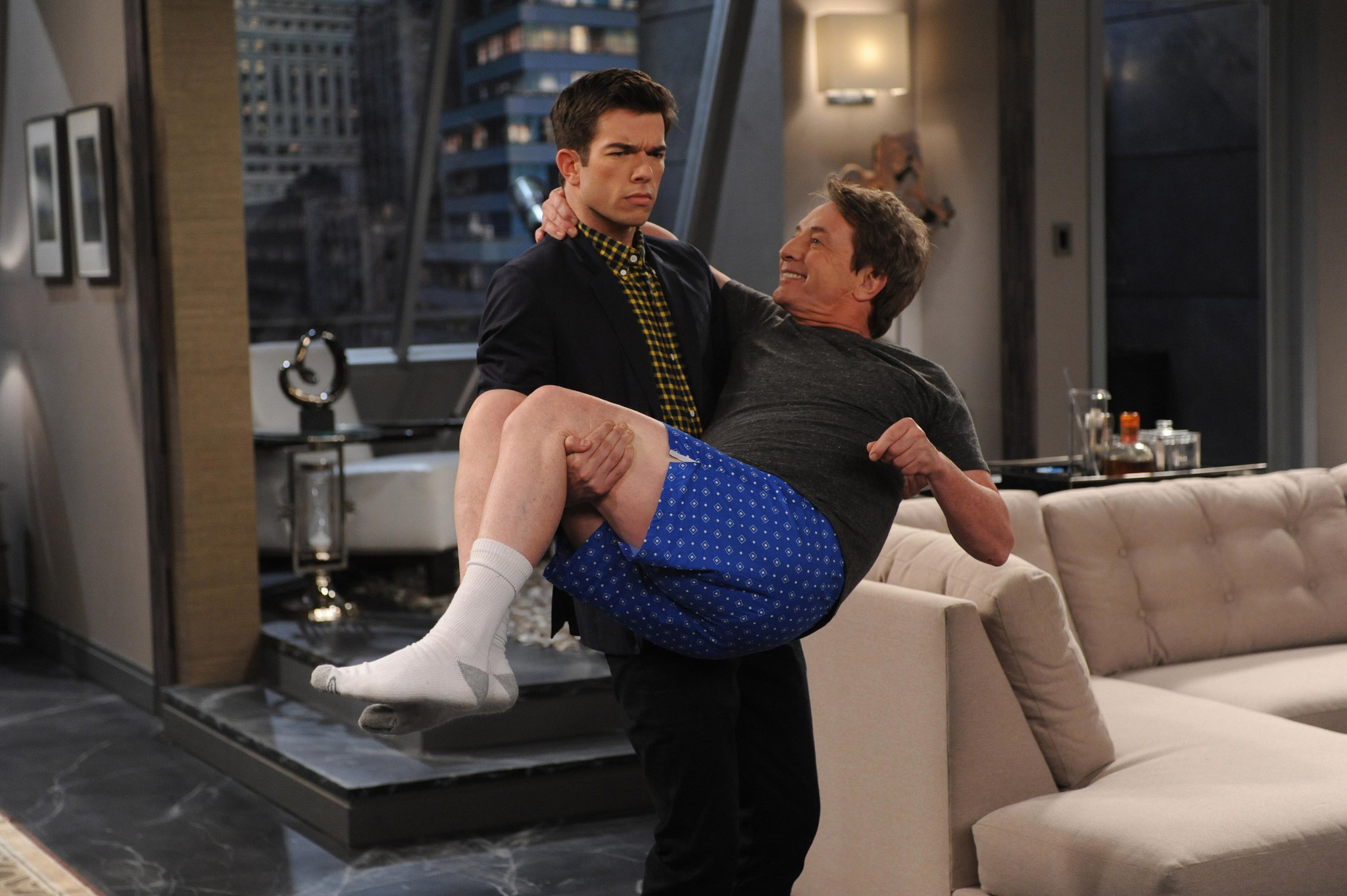 If you regularly pay any attention to the clanking, whirring engine that is American pop culture, you’ve probably heard of Mulaney, one of the most bandied-about sitcoms of the 2014-2015 television season. John Mulaney, arguably the brightest young stand-up comedian in the game right now, gained prominence as a writer for some of Saturday Night Live’s most gut-busting sketches (namely Bill Hader’s surreal Weekend Update correspondent Stefon). SNL honcho Lorne Michaels executive produced Mulaney’s new sitcom venture, first rejected by NBC before finding a home at FOX. For the uninitiated, Mulaney’s a bit of an odd duck: a clean-cut, un-profane, eternally peppy comedian whose acidic self-deprecating jokes and surprisingly dark anecdotes (the thirty-year-old freely discusses an adolescence awash in blackout drinking) makes him a sort of millennial Seinfeld–which, for better or worse, is exactly how Mulaney comes across.

Critics have not been particularly kind to Mulaney, and upon viewing the pilot, it’s not hard to see why: roughly half the jokes are recycled from Mulaney’s two excellent stand-up albums, and a quarter is dull multi-camera sitcom tropes (bad catchphrases! Multiple annoying sidekicks, including Zack Pearlman as an annoying neighbor and Martin Short as an egocentric boss!). That leaves a quarter for the kind of humor comedy geeks come to expect from John Mulaney, which in a 22-minute show isn’t much. Mulaney remains a viable candidate for some kind of comedy stardom, but I’m not sure Mulaney is the vehicle that’s going to get him there.

Episode Highlight: One of Mulaney’s better stylizations of sitcom tropes involves the episode’s denouement, when John airs grievances to his new boss, the stuffed shirt TV personality Lou Cannon (Short), during a dress rehearsal of Cannon’s game show. Mulaney’s mix of aggravation, confusion and satisfaction as he comes to understand his place in the comedy world amid flashing lights, weird celebrity cameos and a money cannon makes for a few much-needed weird chuckles.