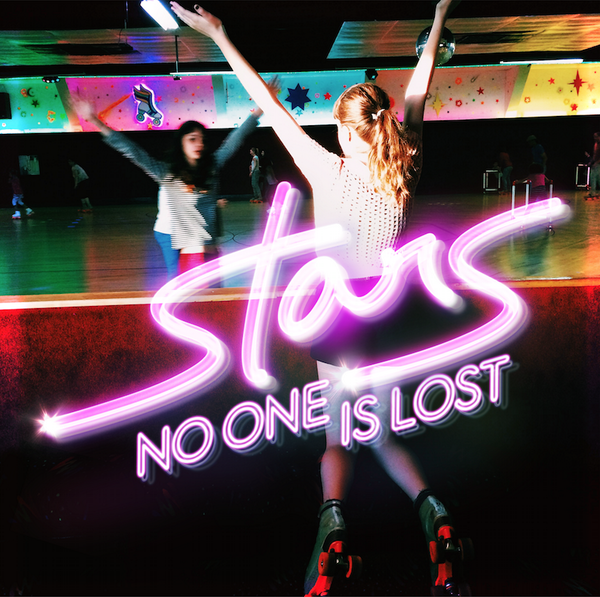 No One Is Lost is the tale of a band coming full circle. After recording the last few albums in reputable studios, Stars found themselves yearning to return to their bedroom pop roots. To that end, the Montreal-based quintet acquired an apartment with some storied history in Montreal’s Mile End neighborhood. Originally belonging to Win Butler and Régine Chassagne of Arcade Fire, the space had been recently used as a studio by Handsome Furs before Stars took it over and converted it into a recording space. Members of the band cite the studio’s location as a big influence on the evolution of their sound, as the apartment is located over now-shuttered gay club The Royal Phoenix; during studio sessions, the thumping bass of the discotheque would bleed up through the floor. The result is a lush, neon soaked album that stands among the best efforts in the bands seven album, fifteen year existence.

No One Is Lost is steeped in the feel of that discotheque four-on-the-floor dance beat, as the goal was to “out-throb the throb,” as drummer Pat McGee puts it. Cuts on the album are even threaded together with dialogue and recordings from the band hanging out at The Royal Phoenix. “I went to sleep to the sound of Charli XCX every night” recalled lead singer Torquil Campbell of sleepovers at the studio, “and I loved it.” Thematically, the album traffics in the same sort of melancholia that Stars has always been drawn to. Over the course of their career, the band has meditated on love–the importance of it, the different forms it can take, how it forms and fades. The cast of characters that populate No One Is Lost are disenchanted, disillusioned, afraid, and trying to recapture that sense of lost youth. In interviews, the band talked about how the title came about–if everyone is lost, then no one is. We’re all in it together, the album insists, and only by being there for each other is everything going to be okay. 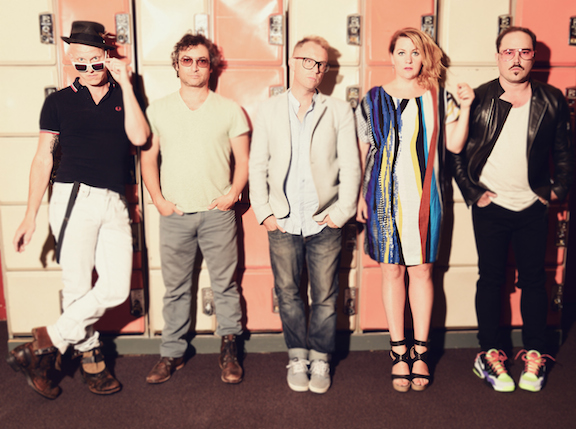 For an idea of where they’re coming from with their new material, look to The North, Campbell suggests. The centerpiece of that 2012 album, “Hold On When You Get Love and Let Go When You Give It,” is a monolithic manifesto, the kind of fist-pumping dance track that typifies the band’s commitment to being inclusive and promoting universal love and tolerance. True to his word, No One Is Lost reads like a follow-up to the mission statement set forth two years ago. The album is book-ended by two straight-up electronica tracks. Opener “From The Night” celebrates shrugging off the shackles of the five day work week with nights filled with debauchery, while the title track closes the LP with a club banger by way of The Smiths–a meditation on being lost in the crowd, the irony of being alone while being surrounded. “Look at the lights, look at the city,” croons Torq. “Put your hands up, cause everybody dies.” Never has being so maudlin sounded so fun.

Other cuts on the album find Stars branching out towards song archetypes that they’ve explored on previous works. “This Is The Last Time” and “Are You OK?” are feel-good, upbeat tracks in the vein of “Elevator Love Letter” (Heart) or “Fixed” (The Five Ghosts). “This Is The Last Time” is a semi-sweet “fuck you” of a rejection letter; effervescent guitar collides with Evan Cranley’s addictive bass line as lead singer Amy Millan croons, “But I’ve come to find / You never loved me / You loved the chase.” Conversely, “Are You OK?” finds Millan’s narrator begging a jilted lover to let her in, as ping-ponging bass and soaring keys lend the track an edgy post-punk vibe. Simmering synth-pop cut “You Keep Coming Up” is this album’s take on Campbell and Millan’s signature boy-girl dialogue. The pair trades murmured lines with the irresistible chemistry that only ten plus years in a group together can bring. “No Better Place” is a shimmying slow dance track with an irresistible high hat syncopation and ascending guitar riff. “Trapdoor” is the closest thing on the album to straightforward rock; the aggressive track brings a menacing edge out in Campbell’s generally mellow voice, the sort of malice the outspoken frontman usually reserves for condemning crooked politicians or Pitchfork writers.

At times, it’s clear that the album could have benefited from a slightly more discerning editorial ear. While the impetus behind the children’s chorus on “Turn It Up” is sweet (the chorus includes Millan and Cranley’s daughter Delphine and Campbell’s daughter Ellington), it’s a little out of place on the otherwise lovely mid-tempo number. “No Better Place” shuffles along pleasantly but has an abrupt, jarring key shift just after the halfway point. Though it probably seemed like a good idea in theory, the saxophone solo on “Trapdoor” is too shapeless to leave much of an impression. Late-album cut “The Stranger” is a little too soggy; situated directly before “Look Away,” another ballad, it robs the album of some much-needed momentum in the back half as its sluggish handclap-laden beat seems on the edge of boiling over but never does, and could benefit from being bumped to earlier in the track listing.

On the other hand, Stars has definitely learned some lessons from the past–No One Is Lost is the brightest and cleanest-sounding Stars album yet, after the muddier mixes that plagued In Our Bedroom After The War and The Five Ghosts. The band also seemed to remember what an asset they have in Amy Millan’s sultry yet innocent voice. On The North, Millan only had a couple turns as lead vocalist and was often relegated to providing harmonies or counter-melodies in choruses. She is featured much more prominently this time around and the album is better for it.

Ultimately, the greatest strength of No One Is Lost is how fresh it sounds, especially considering it is the seventh proper studio album from Stars. Any band passing the halfway point of their second decade could be forgiven for settling into a comfortable sonic rut, but Stars hasn’t lost their ability to deliver surprisingly affecting moments through their immensely strong sense of songcraft and seemingly endless youthfulness. The group’s secret weapon has always how earnest they are in what they do. It’s what made earlier albums like Set Yourself On Fire such a fucking punch the the gut, and it’s what makes No One Is Lost such a celebration. Torq, Amy, Evan, Chris and Pat know fully well, and believe in, the strange power that songs have to unite people; in the end, maybe no one is lost because we have bands like Stars to remind us how easily love and music can bring us closer together, if we let them.

No One Is Lost – Stars is available now in stores, digitally, and on the band’s website.